The flag of Åland

When Finland declared independence from Russia in 1917, the Ålanders feared for their Swedish language and culture and mobilized for a reunion with Sweden. Administratively, the Åland Islands belonged to the Diocese of Turku in Finland, and thus Åland was admitted in 1809 in Orthodox Russia.

However, the Åland issue was eventually decided after a long debate by the United Nations in 1921. Åland would be part of Finland, but the islands would enjoy autonomy.

Nevertheless, its own flag was not granted until 1954.

Since 1922, however, an unofficial blue yellow flag had been used.

Several versions existed, the most widely used had equally horizontal bands. Another version had a narrower band of yellow that when the vertical yellow stripe from the cross on the Swedish flag is removed. Blue and yellow were obviously the favored colors, both for the flag and the provincial coat of arms.

Consequently, when preparing a design for adoption in the early 1950s, the preferred design was a Scandinavian cross design of a blue field and a yellow and blue cross, that is Sweden’s flag with an extra blue cross in the middle. This proposal was rejected by the President of Finland as too similar to the Swedish flag. Alternative designs had been blue yellow blue in three rows, the flag of Finland with an extra yellow cross in the middle, and another design was where a red cross was added to the Swedish model.

The result of this complex and lengthy process was the adoption of the blue yellow red Scandinavian cross design that Åland flag has today.

The official flag of Åland was hoisted for the first time on April 3, 1954 in the capital Mariehamn in Åland. 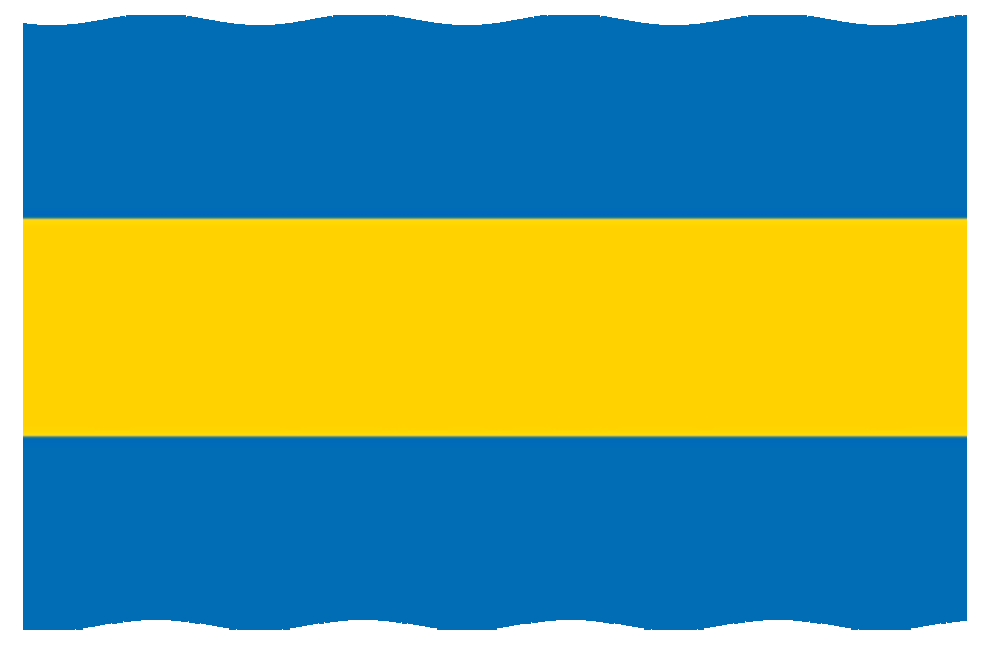 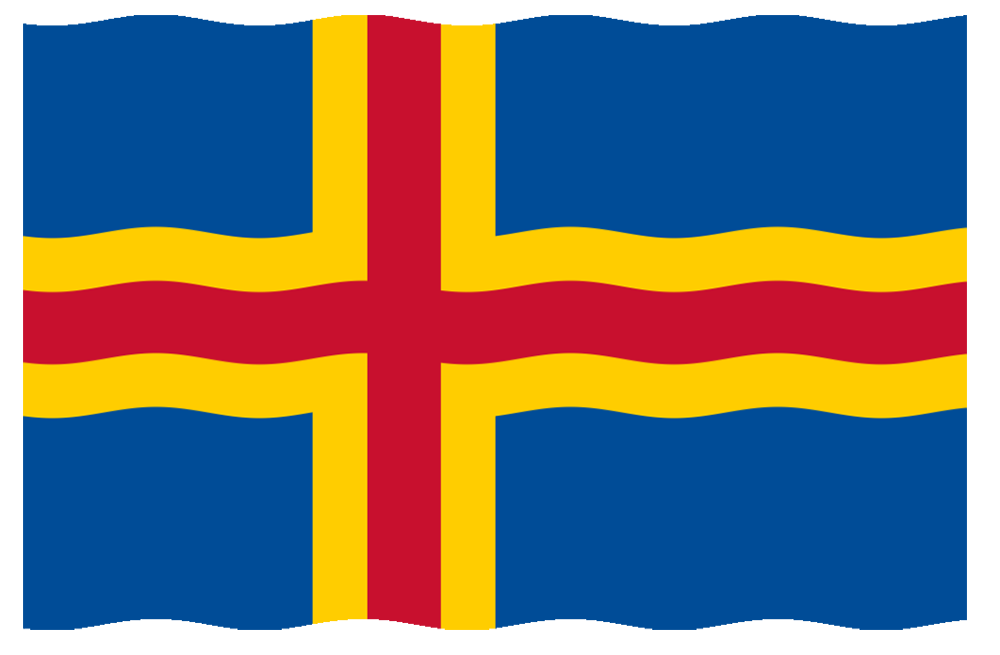